Talking About Sex, Gender, and Relationships With Meg-John Barker 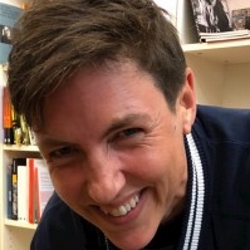 In this interview, we will talk with popular author and author of the BACP resource on gender, sexual, and relationship diversity, Meg-John Barker, about their work and how to talk about sex and relationships with clients. The interview will cover why understanding gender, sexual, and relationship diversity is so important when working with all clients - not just those from marginalised groups. We will also delve into how to help clients to explore their sexualities and genders, to tune into their desires and fantasies, and to communicate with others about their sexual and relationship styles. We will explore the importance of consent in client-work around sexuality and in general.

Meg-John Barker is the author of a number of popular books on sex, gender, and relationships, including "Queer: A Graphic History" (with Julia Scheele), "Gender: A Graphic Guide" (with Jules Scheele), "How to Understand Your Gender" (with Alex Iantaffi), "Enjoy Sex (How, When, and IF You Want To)" (with Justin Hancock), "Rewriting the Rules", and "The Psychology of Sex". They also work as a one-to-one writing mentor, as a creative consultant on various projects, and speak and train on gender, sexual, and relationship diversity. They are half of the Meg-John and Justin podcast (megjohnandjustin.com), and blog and publish zines and comics on rewriting-the-rules.com. They regularly speak on their areas of expertise in the media, including Radio 4, Cosmo, and being featured in the Independent on Sunday Rainbow List.

They were an academic psychologist and UKCP accredited therapist for many years before focusing on writing full time. They are an internationally recognised expert on gender, sexual, and relationship diversity (GSRD) and therapy, with numerous academic books and papers on the topics of bisexuality, open non-monogamy, sadomasochism, non-binary gender, and Buddhist mindfulness. They co-founded the journal Psychology & Sexuality and the activist-research organisation BiUK, through which they published The Bisexuality Report. They have advised many organisations, therapeutic bodies, and governmental departments on matters relating to gender, sexual, and relationship diversity (GSRD) including writing the BACP document on the topic.

Zines for a small fee:
megjohnandjustin.com/publications

This event will be an interview conducted using a ZOOM video link that will be streamed to our live video page. You will be able to see and hear the conversation, as it is happening, and use the chat room to offer your own comments and questions.

Recordings are usually posted to the library the day after the live event.

All of the events are available to view live without charge, the first time you register for one of our live events your email address is added to our mailing list. If you are already getting too much email, just click the button at the top of our emails to unsubscribe.