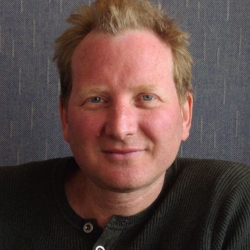 Therapy is entwined with countercultural movements. In the 1960s, the Esalen centre in California attracted the likes of Abraham Maslow, Carl Rogers, Fritz Perls, Gregory Bateson, Timothy Leary, Alan Watts, and Aldous Huxley (amongst many others). Esalen is also (in)famous for developing the use of 'encounter groups'.

The use of psychedelics such as LSD was also common at that time. Leary's proselytising mantra 'Turn on, tune in, drop out' combined with Ken Kesey's 'acid tests' evolved into a massive 'hippie' counterculture espousing the joys of 'free love' and 'sex & drugs & rock & roll'. Perhaps this threat of unrestrained sexuality and hedonism is what led to LSD being made illegal in all the states of the USA by 1968.

In the UK, the crossover between countercultures and therapy might also be found at places such as Findhorn from the 1960s onwards; R.D. Laing, as a psychiatrist, was able to legally prescribe and did prescribe LSD to his patients (LSD was made illegal in the UK in 1966). The USA and the UK's countercultural movements intertwined with each other as much as countercultures entwined with what Furedi has called 'therapy culture'.

For a while, it seemed like the relevance of these countercultural manifestations to contemporary therapeutic practice had almost disappeared. Especially in the world of therapy which has gradually lost its radical connotations. Humanistic therapies found themselves more and more marginalised in a scientistic and audit-driven mainstream culture. But in recent years, with the foundation of the Multidisciplinary Association for Psychedelic Studies (MAPS) founded in 1986 in the USA and the Beckley/Imperial Research Programme in 2009 in the UK (evolving into the Imperial Psychedelic Research Centre in 2019), it seems the counterculture is coming back into the mainstream with implications for therapy and therapists. The practice of psychedelic-assisted therapy, for instance, is on the horizon, with trainings already on offer, in anticipation of a legal climate which might allow such practices.

This interview aims to explore and understand how therapy has historically and socially been allied with countercultural movements and how those movements relate to mainstream culture and mainstream therapeutic practices. The interview hopes to be controversial, interesting, and fun!

I have been practising for more than 20 years. I trained in counselling at the University of Brighton, gaining the Postgraduate Diploma in Counselling (1998) and an MA in Counselling Studies (2001). In 2019, also at the University of Brighton, I was conferred a PhD in counselling and psychotherapy for research about 'pluralistic' therapy. In addition, I have completed trainings with Cruse (bereavement counselling) as well as some training experience with RELATE (relationship counselling). I also have TA 101 (Transactional Analysis) (2005), a Certificate in Life Coaching (2006), a Primary Certificate in Cognitive Behavioural Therapy (CBT) (2006), a specialist training in Primary Care Counselling from the Tavistock Clinic in London (2006), attended masterclasses with John Rowan (2008), and completed Voice Dialogue Facilitator Training Levels I, II, and III (2009). I have worked over the years for the Brighton and Hove Federation of Disabled People (now called Possability), Cruse, with Brighton Housing Trust in their Care in the Community mental health projects, in primary care, for EAPs (Employee Assistance Programmes) and in independent practice. I would describe my work as integrative and/or pluralistic and like John Rowan, with whom I did several trainings, believe that therapy is about 'meeting people' rather than 'treating people'. My interest in countercultures and psychedelics comes from my own contact with both over the years.

This event will be an interview conducted using a ZOOM video link that will be streamed to our live video page. You will be able to see and hear the conversation, as it is happening, and use the chat room to offer your own comments and questions.

Recordings are usually posted to the library the day after the live event.

All of the events are available to view live without charge, the first time you register for one of our live events your email address is added to our mailing list. If you are already getting too much email, just click the button at the top of our emails to unsubscribe.