I am Founder and CEO of Pink Therapy. I have worked as a psychotherapist, clinical sexologist, and practice consultant for over 35 years.

Over the years, I have received a number of honours and awards for my pioneering work in the field of gender and sexuality. In 2015, I received the Practitioner award from the Sexualities Section of the British Psychological Society. I am the only non-psychologist to ever receive this award.

In 2016, I was made a Fellow of the National Counselling Society and last year, in 2018, I received the Lifetime Achievement Award for Sexual Freedom.

I have also been made a Fellow of the National Council of Psychotherapists. Fellowship is the highest level of membership for these professional bodies.

I (with Charles Neal) co-edited three of the first British textbooks on working with LGBT clients published in 1996 and 2000, and contributed numerous other papers and chapters to the literature of this emerging field and presented at many national and international conferences.

I have pioneered the development of Gender, Sexuality, and Relationship Diversity Therapy in the UK and Europe. 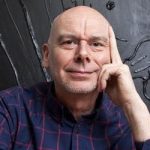