The State of Counselling in Healthcare in England – Kate Hayes 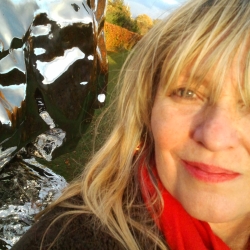 Counselling for Depression (CfD): My Experience as a Trainer – Kate Hayes

When the IAPT (Increasing Access to Psychological Therapies) funding was announced it caused an initial ripple of delight- which soon became a dreadful shock as surgery’s lost their counsellors and CBT seemed to be the only choice for free on delivery ‘psychological therapy’ in the NHS.

Then Counselling for Depression (CfD) emerged and when I read the manual I was excited to recognise the person-centred approach throughout. It was then I decided to do my best to support its development as it was clear the funding allocated to it was temporary and unless it was taken up, the person centred approach in free on delivery services would not survive.

Read More
We use cookies on our website to give you the most relevant experience by remembering your preferences and repeat visits. By clicking “Accept”, you consent to the use of ALL the cookies.
Cookie settingsACCEPT
Manage consent