In this event Martin spends 30 minutes with us describing three ways that we can nurture our resilience after the holiday season.

Martin helps us how to think about how planning, relaxation and simplicity could make all the difference to us as practitioners as we begin the new year with clients and colleagues.

For the second half of this 60 minutes of CPD we recommend that you read the article posted to this page and submit your learning in the form above.

We hope you have a good start to the year and manage to stay resilient in yourself and for your work. 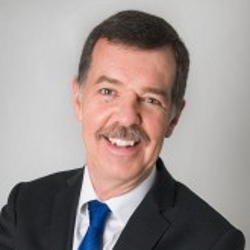 Martin provided psychological support, supervision, and training to the staff and counsellors at the 7th July Assistance Centre. The centre provided psychotherapy, guidance, and support to people who were affected by the London bombings in 2005, later taking on 16 further terrorist incidents and disasters. Building on his established training experience, Martin created and delivered a series of workshops for the counsellors and support staff.

From October 2010 to March 2011, Martin supervised the small team providing psychosocial support to the families and witnesses throughout the Coroner’s Inquests into the London Bombings.

In the early 1980s, Martin was a volunteer with the Terrence Higgins Trust. Taking the first call on the helpline he was instrumental in setting the foundations for the first response to the AIDS crisis. He developed support, advice, and counselling services for those people who were affected and traumatised at the beginning of the crisis.

During an 11-year career in the NHS, Martin piloted the Primary Health Care Team training development programme in the South West Thames region (as well as developing and implementing a Health Promotion Officer’s training programme), has worked at senior manager level at Regional and District level, and has been responsible for commissioning new services and leading on the development of drug, alcohol, and sexual health services.

Between 2002 and 2004, Martin was the Vice Chair, then Chair, of the professional organisation that seeks to maintain standards and develop the skills of Neuro Linguistic Psychotherapists and Counsellors, the Neuro Linguistic Psychotherapy and Counselling Association, (NLPtCA – www.nlptca.com). Martin is a past member of the Training, Education, and Practice Committee of the United Kingdom Council for Psychotherapy and has helped in the re-shaping of its structure.

Martin works as a UKCP registered Constructivist Psychotherapist, Supervisor, and trainer, using Neuro Linguistic Psychotherapy, (NLPt). He has a qualified Master Practitioner standard in NLP and is an INLPTA certified NLP trainer. He holds a Postgraduate Certificate in the supervision of counsellors from the University of Birmingham.

We use cookies on our website to give you the most relevant experience by remembering your preferences and repeat visits. By clicking “Accept”, you consent to the use of ALL the cookies.
Cookie settingsACCEPT
Manage consent